"A proud moment to wear the white jersey" - T Natarajan 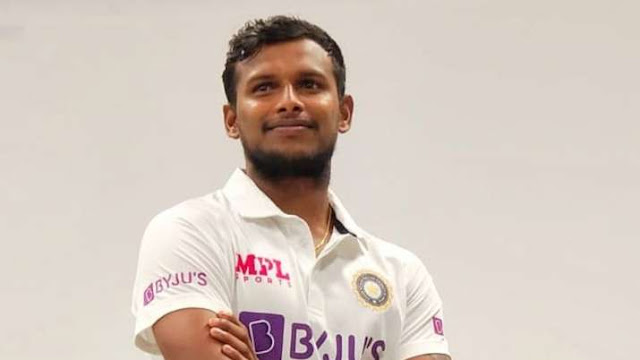 Indian pacer T Natarajan is excited to be a part of Team India's Test squad for the last two Tests of the ongoing Border-Gavaskar Trophy. He is looking forward to the new set of challenges that will come his way in Test cricket.

T Natarajan took to Twitter to express his excitement and posted a photo of himself wearing Team India's Test jersey.

The 29-year-old journey in international cricket so far has been nothing short of a fairytale.


The left-arm pacer made his name in the Tamil Nadu Premier League before bagging an IPL contract in 2017 with the Kings XI Punjab.

He couldn't create an impact at the IPL franchise, but the Sunrisers Hyderabad (SRH) realised his potential and gave T Natarajan an extended run in IPL 2020.

T Natarajan's performances were recognized by the Indian selectors, and he was taken to Australia initially as a net bowler.

Natarajan showed a lot of promise and went on to play all three T20Is, where he played a key role in Team India winning the series 2-1.

T Natarajan picked up six wickets in the T20I series and was difficult to score runs off. His performances were so impactful that Man of the Series Hardik Pandya gave his award to the left-arm pacer.


It will be interesting to see whether the Indian team management hands the 29-year-old his Test debut in the remaining two Tests.