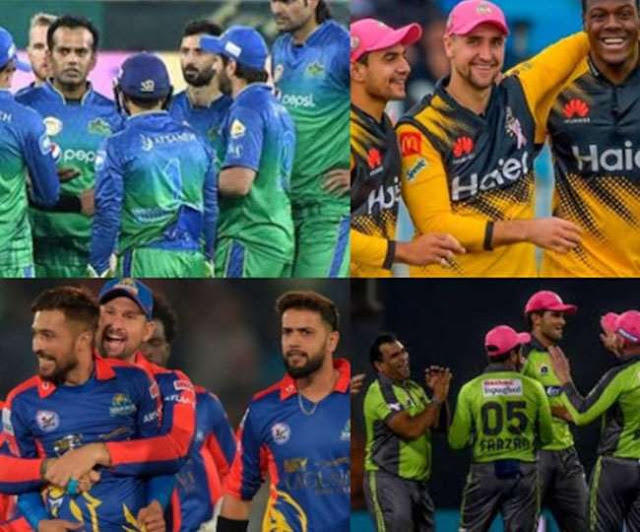 The PCB on Wednesday said around 100 people, including players, associated with the now-suspended PSL have undergone COVID-19 tests.

The tournament was being played behind closed doors in the past 2-3 days due to the steadily escalating situation, with the PCB cutting down the league by four playing days by replacing the playoffs with traditional semi-finals- both of which were supposed to be played on Tuesday.


Read More | How to make hand sanitizer, It protects you from the new coronavirus

PCB said, “Until now no test result has come but we have taken all precautionary steps to ensure the health and safety of players and officials belonging to the semi-finalist teams, umpires, commentators and even PCB officials and production staff members.”

The Coronavirus outbreak has so far claimed more than 8000 lives and infected close to 2,00,000 globally. The official was asked if the foreigners, who were part of the production staff, had been allowed to go home post the tests, to which he said that it is an ongoing process.

Read More | ‘Where will he fit in?’ Virender Sehwag doubtful over MS Dhoni’s return to Team India

“The moment we saw the message from Hales who had returned home last week we acted promptly and followed all protocol to ensure everyone’s safety and well being,” he said.
COVID-19 has brought the entire world to a standstill. And, the sports calendars have taken a major hit with almost every event getting postponed. Cricket boards will have their work cut out as far as rescheduling the postponed series is concerned, it and when the world comes back to normalcy.

As far as PCB is concerned, the suspension of PSL comes as a double jolt, days after Bangladesh’s second leg of Pakistan was postponed.