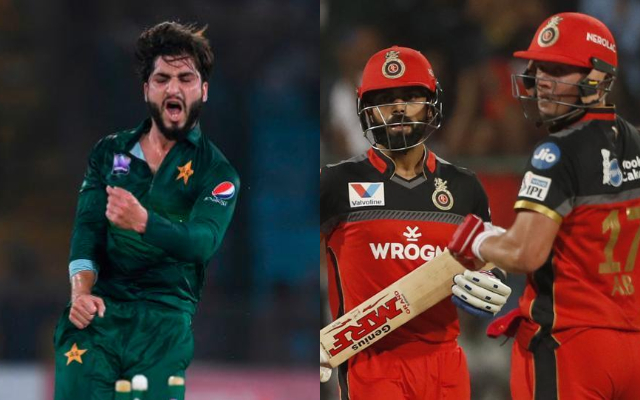 The 25-year fast bowler has played 17-ODIs and 16 T20Is and picked 34 and 13 wickets respectively. His domestic figures are also praiseworthy. He as played 25 first-class matches and 42 List A games and picked up 84 and 77 wickets.


While speaking to the media, These two are legendary figures in cricket and known for their skills with the bat. My dream is to bowl against them and dismiss them.

It must be in the better interest of the Pakistan team, the management tried a different combination. I don't think that I was dropped, it was just a different combination. I am always hungry for 5-fers in first-class cricket and that's my target every-time I play the longer format. I always try to give my best and achieve the maximum for my team.

As AB has now retired from international cricket, Shinwari eyes to face-off with him in any of T20 leagues. As for Virat Kohli, the Pakistani cricketer aims to play against India and take the ace batsman's wicket.


Shinwari said that he always eyed a five-wicket-haul in an innings whenever he is playing red-ball cricket. e doesn't have a usual diet plan but to remain fit he tries to spend more and more time in the ground and then tries to make everything balanced while training.